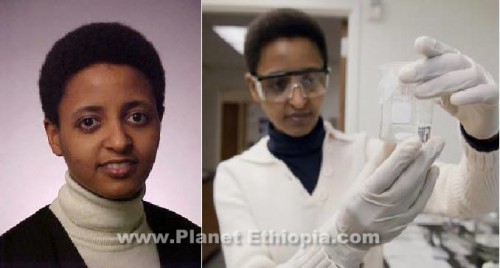 Sossina M. Haile (born 1966) is an Ethiopian-American chemist. She is a professor of Materials Science and of Chemical Engineering at the California Institute of Technology

Sossina Haile created a new type of fuel cell by default. In the late 1990s, the Caltech scientist had an idea that she thought might dramatically improve fuel cells, the clean technology that converts chemical energy to electricity to power cars, buses and power plants. Haile's idea was to employ an entirely new type of "superprotonic" compound that might help supply power at dramatically lower cost. But when fuel-cell makers balked at revamping their entire systems to try her solution, Haile decided to fabricate the world's first solid-acid fuel cell in her lab. Early in 2008, a Pasadena, California start-up called Superprotonic, founded by two of her former graduate students—will ship the first commercial prototypes to energy-systems makers. The output is barely enough to power a 100-watt bulb, but hopes are high that the small start will someday produce powerful fuel cells for commercial use.

Uploaded to Ethiopian Scholars — 7 years ago